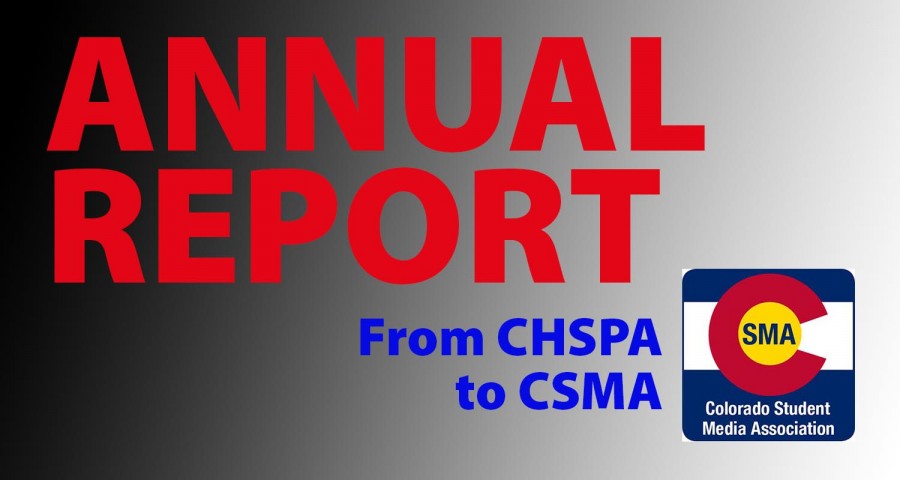 Building on past traditions and exploring new possibilities

This annual report, reviewing CHSPA activities from the 2014-15 school year, is being published in this experimental form, using the Long-Form story template which School Newspapers Online has created as part of our Herald WordPress theme. Our thanks to SNO for hosting and supporting our association website at no cost to us.

SNO will be helping us move www.chspaonline.org to our new domain (www.colostudentmedia.com) in June, with our new domain going live on or about July 1.

We began using our new logo, developed by Carrie Faust, in our summer mailings and election materials.

Our hope is that Colorado Student Media Association (our new name) will honor our 45 years as the Colorado High School Press Association while taking the association into the future. Members who responded to a survey on the name change in February were nearly unanimous in support of the change.

We are only in the third year of our Photographer of the Year contest, but we already have our first repeat winner: Maddie Malhotra. Find more on the contest here.

Adam Dawkins, CJE, was our 2014 Adviser of the Year, and John Veit, assistant principal at Rocky Heights Middle School was 2014 Administrator of the Year. Read more here.

Gabe Rodriguez of Mountain Vista HS was our Greer Scholarship winner, and he was one of seven national runners-up named by JEA in April. Read more here.

Spring brings national convention to Mile High City
The final tally was 2,976 attendees for the Spring JEA/NSPA National High School Journalism Convention, hosted by CHSPA in Denver at the Sheraton. The contributions of a large and talented local committee helped make the event successful, from the terrific media tours to the outstanding Write-off speakers to the t-shirts and hoodies, that sold out immediately.

Being sandwiched between the largest convention ever, in Washington, D.C., last November, and what is anticipated to be another large convention next fall, in Orlando, Fla., likely kept our total numbers down, but the slightly smaller numbers meant better access to sessions and less time waiting for elevators.

The local sponsoring organization receives revenue from a combination of registration fees ($1.50 per paid registrant) and shirt sales, plus we received some scholarship support from the Denver Post and the Colorado Press Association Foundation. We are still waiting for a final accounting and distribution of funds from NSPA, but anticipate about $7,000 in revenue for CHSPA resulting from our work on the convention.

This was the third time the national convention has come to Denver. The first was in 1992, at the Adams Mark Hotel, and the second was in 2007, at the Hyatt Regency at the Convention Center.

J-Day returns to Lory Student Center
Attendance rebounded from 2013, when the renovation work on LSC closed down the facility for over a year. J-Day was actually the very first large event to utilize the facility. Two JEA National Yearbook Advisers of the Year were featured: Brenda Gorsuch and Cindy Todd. There were over 50 learning sessions offered, all topped off with the awards ceremony, where Best of Show awards and All-Colorado certificates were distributed.

The Lory Student Center is booked for Oct. 8 for our 2015 J-Day, and the registration prices remain the same ($20 for students and $35 for advisers).

SoCo Media Day has disappointing attendance
The fifth year of this outreach to schools in the southeast part of the state was a great experience for those attending, but with only 58 registrants, did not meet our goals. The CSU-Pueblo site is excellent and the faculty of the Communications program are very supportive, but the timing of the event (we have tried later in the fall (late October) and earlier (Sept. 18 last fall), and no date seems to work well.

This past fall we were fortunate to have Justin Daigle, CJE, keynote and lead sessions, along with sessions from Jack Kennedy, MJE, Peter Griffin, CJE (Jostens) and Rob Rathbun (Balfour).

The continuation of this conference will be discussed during the June 4 CSMA board meeting.

The 2015 Best of Colorado individual contests brought a record number of entries (1,643), and award certificates were mailed out in the first week of May. The complete lists of winners can be found here for news publications and websites, here for yearbooks, and here for video broadcast.

In order to honor our “digital first” member websites, we will offer our first-ever Website Best of Colorado contest categories in 2016. Previously, website journalism was included in the news publication contest categories.

The fiscal year does not end until June 30, but you can see the 2014-15 budget projections (passed in June, 2014) versus actual revenue and expenses by downloading the budget document to your computer.

The document will be updated right up to the June 4 board meeting.

You can also see the Denver Convention financial report here. Not all income has been received as of June 3, but we have firm estimates. The one-time infusion of income for the association will not be reflected in the CSMA budget document until the money is in the bank.

The new Colorado Student Media Association board will be discussing and voting on the 2015-16 budget during that June 4 meeting. Depending on various initiatives that may be implemented or discontinued by the board, that budget document can change. You can find a preliminary 2015-16 budget on the third tab of the Excel spreadsheet linked above.

2021-2023 Board of Directors candidates announced

Our board members help shape the future of scholastic journalism in Colorado! Please read below to learn more about this year's candidates. Patrick... 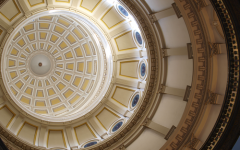 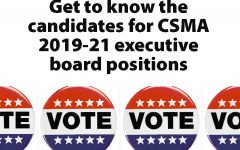 Map of schools with at least one member medium in CSMA – March 1, 2019 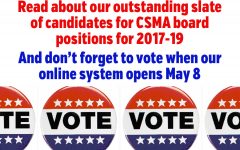