Ben Reed of Monarch High School has been selected as CSMA’s 2021 Adviser of the Year. Though the selection committee stated that it was a difficult decision, they stated that “he leads a variety of award-winning publications, he gives back to the journalism community, and most importantly, it’s clear he has a profound impact on his students.”

Reed–who advises The Pack newsmagazine, KYOT broadcast and Mohimix website–believes that a strong student media program does more than just provide updates about events at the school. 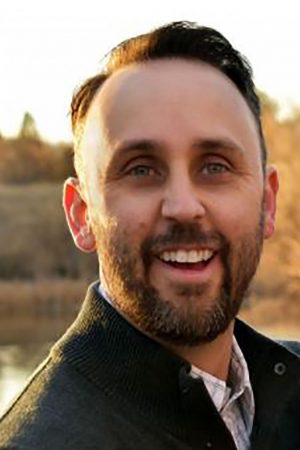 One of Reed’s colleagues, Jane Felknor, stated that Reed has not only taught basic skills, but has helped students develop new platforms over the years. Reed also wrote the broadcast curriculum from the ground up.

“I started getting in trouble at school,” Roch said. “I came into Mr. Reed’s classroom expecting a lecture on responsibility, but what I got was a talk from a man who cared about my physical, emotional, and spiritual health.”

“His students gained a perspective of their community and world that, frankly, we wouldn’t have if he allowed us to settle for ‘high school journalism,'” Gutierrez said. “Years after my editorship under Mr. Reed, I still lean on his words and his perspective regularly.”

Reed sees it all as one interconnected mission.

“It’s because what students do in a journalism class matters,” Reed said. “The reciprocal effect of this is that it teaches the student that they, too, matter. Their voice demands to be listened to, and people will hear what they have to say.”