Steamboat Springs principal will be honored at J-Day opening ceremony 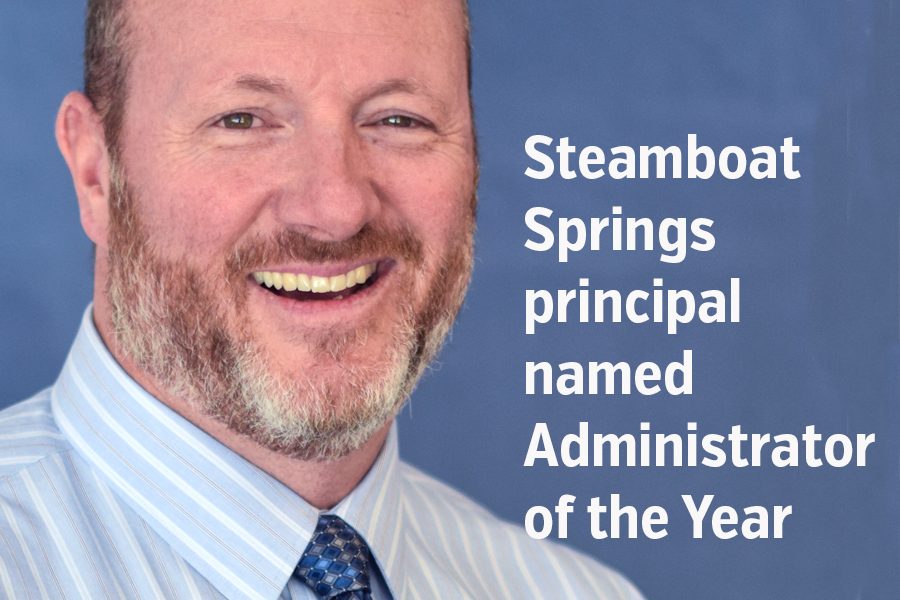 Kevin Taulman has been named CSMA 2018 Administrator of the Year and will be honored during the state journalism conference, referred to as J-Day, on Sept. 27 on the Colorado State University campus in Fort Collins.

Kevin began his educational career in 1994 after graduating from Purdue University, teaching social studies and coaching in Indiana and Illinois. He served in various administrative roles at Freeport HS in Illinois before moving to Steamboat Springs in 2005 as an assistant principal. He took on the principal job in 2008.

He said he keeps the Tinker v. Des Moines case in mind in every decision he makes involving students and staff rights and free expression.

“I believe that schools need to use good judgment and be supportive of student’s rights to express themselves,” he said. “This is where the Colorado law comes into play. It gives students, teachers and administrators some clarity on freedom of expression.”

Meghan Hanson-Peters, social studies teacher, wrote, “His support for the First Amendment does not waver with the partisan politics of the times. He supported any student who wanted to participate in last spring’s national school walkout on March 14 and he has created unisex bathrooms for any student to use at any time, regardless of their gender identity or expression.”

“It is his ability to believe in others that should be recognized,” said Morgan Kraska, fine arts teacher who advised the Galleon yearbook for six years. “Knowing that he is always there to back me up has allowed me to take risks, discover my strengths, and to lead our school towards something greater. Above all, Kevin cares.”

“You can open any yearbook from Steamboat Springs and relive the events, tragedies, unique personalities and culture of that year,” Kevin wrote. “The yearbook is the voice of the students. It is their opportunity to create something that represents our entire school community.”

The student walkouts last spring provided an opportunity to see this caring in action. “I got word that a group of parents didn’t believe we should allow any protests,” Kevin said, “and wanted us to punish anyone who walked out.”

To avoid conflicts yet not take away from the planned protests, he closed the campus to anyone not a student or employee of the school. “Parents and community members could stand on teh sidewalk and watch the student protest,” Kevin said. “I was not going to let a group of adults with their own agendas take away the voices of the students who joined in these protests.”

“My response may not have been the most popular decision for some of the parents, but it was not about them,” he said. “It was about allowing the students of Steamboat Springs High School to express themselves and for them to be heard.”

Kevin has been married to Julie for 23 years and they have two boys, Jacob, a sophomore at the University of Arizona, and Kyle, a junior at Steamboat.