Video reports, a commentary, and a photo essay chosen as our top entries in this annual event. 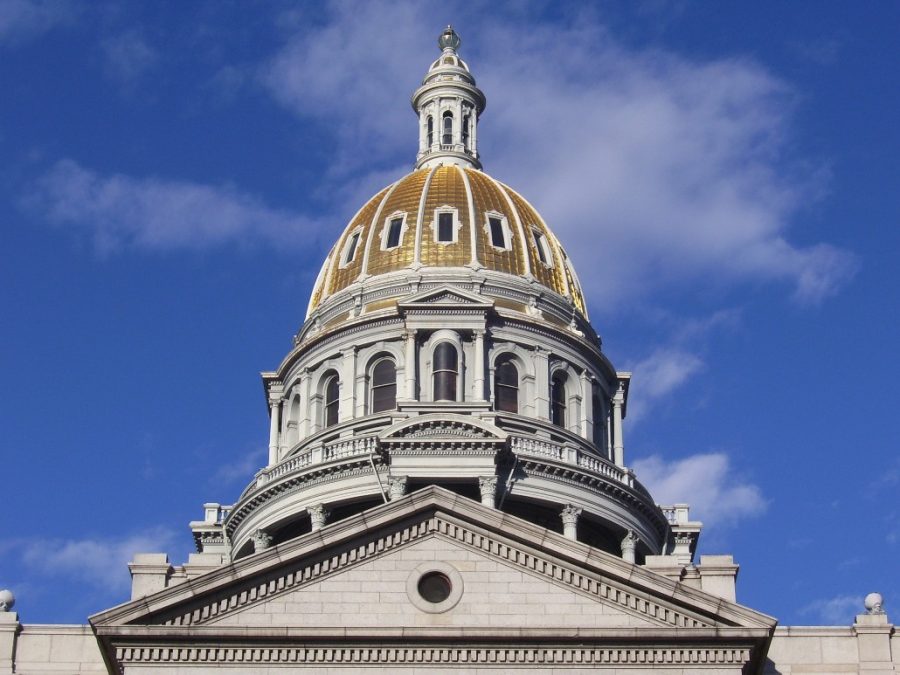 Student were able to interview Rep. Barbara McLachlan (D-Durango) as well as Sen. Paul Lundeen (R-Monument). Both serve on their respective chamber’s education committee and both offered strong and sometimes differing viewpoints on current legislation. Both shared one thing, however, and that was support of HB20-1062, the bill to expand adviser protections in our 1990 student freedom of expression law.

An informal competition followed the event, with students able to submit a sample of their coverage within three days. Outgoing Executive Director of CSMA Jack Kennedy chose four of the entries for special recognition and each will receive an award certificate.

There were two outstanding video entries, from Lincoln Roch, Kathrin Houston, and Beckett France of Monarch HS (Ben Reed is their adviser) and from Palmer Ridge HS’s Kyle Ketchell (Tom Patrick is his adviser).

The Monarch HS video focused on the upcoming March 19 state capitol protests advocating for addressing the accumulated Budget Stability deficit that have attracted so many teachers that Jeffco and DPS have cancelled classes that day. The Palmer Ridge video focused on the anti-vax protest that happened later that day and on the importance of expressing your voice. Tremendous work by all involved in both videos.

The top photo essay was submitted by Jennah Klein, from Highlands Ranch HS, and featured several very strong images as well as informative captions that added needed context to those images. Congratulations to Jennah for this combination of strong photography and reporting. You can see her photos and captions in the photo gallery at the top of this post.

The top writing entry comes from Conifer HS’s Maya Dawson, who shared a commentary on overcoming preconceived notions in her reporting. Here is her commentary:

Starting the Conversation
“Quite frankly, I’m a small L libertarian Republican,” Paul Lundeen, state senator from El Paso County, said as he introduced himself to the assembled group of student journalists. I froze. Oh no. The r-word: Republican.

I caught my train of thought a moment later, chiding myself for such an extreme reaction. The man hadn’t even started talking, and there I was, regarding him as if he were public enemy number one. He explained his stance on recent bills affecting Colorado’s education system, asked for student input, and treated us with the respect our blazers and dress shoes tried so desperately to earn despite the youth etched across our faces. The 40 minutes he spent with us were enough to transform a name jotted in the footnotes of bills we had read in class to a flesh-and-blood human being, deeply passionate about students. As I left that aging courtroom, I couldn’t help but see parts of myself reflected in his eyes.

As the day drew to a close, however, my initial reaction to this once-stranger’s political party weighed heavily on me. I pride myself on keeping an open mind, but the divide between my political party and his was almost enough to keep me from listening to both sides of the story, an approach that is at the core of responsible journalism.

When he stood before us, Sen. Lundeen said something that will echo in my head for years to come.

“I believe iron sharpens iron. We always need to bring our best game and to be respectful, but at the same time we need to hold a true, honest conversation.”

With local and national elections looming, his message is a powerful one. It is all too easy for Democrats and Republicans alike to be pulled into a vacuum of confirmation bias. When we begin to look at the parties behind bills as opposed to the bills themselves, the wedge between each party is driven deeper.

If you were to ask me if a sincere conversation between a student and adult of opposing political parties were possible prior to the Capitol Hill Press Conference, I would have laughed. High schoolers live in a world dictated by our age. We hear that we don’t understand politics enough to be active in them, that our age invalidates any say we may have in conversations around the dinner table.

In that moment, however, Sen. Lundeen was listening to students. I came to CHPC expecting to walk away with the names of new bills, but instead I was left re-examining my political mindset. We deserve a world where political differences are a source of thoughtful debate, not blind hatred. Lundeen left students with a thought that may be the key to beginning a long-overdue political conversation.

“I live by the idea to seek first to understand and then to be understood,” he said.